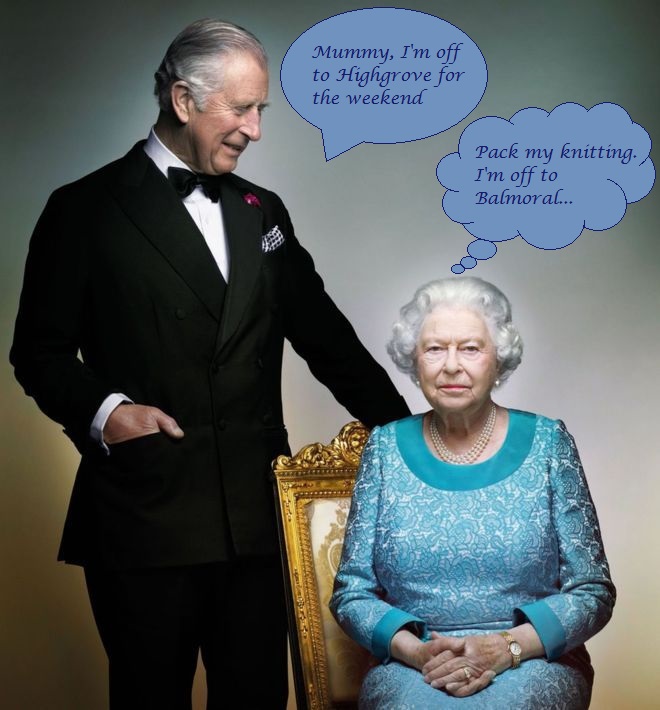 Her Majesty is not amused. She has an important engagement this Saturday and all is not going according to plan.

Prince Philip has been off the scene for some time, his hip replacement has been a success and he plans to be at his wife’s side this Saturday. He has assured her he will not make any derogatory remarks about race, class or skin colour, he will all that leave that to Princess Michael of Kent! She is under strict orders to behave and to leave her blackamoor brooch in the jewellery box at Kensington Palace.

Charles has fallen out with Camilla. She wants to spend the day fox hunting with Princess Anne. Charles mumbled something about not letting the family down. Camilla gave him a clip around the ear and Anne told him to “naff orf.” Charles has scuttled down to Highgrove where he plans to turn his compost heap and have an upper-class conversation with his herbaceous borders.

Prince Andrew has asked all overseas guests to ‘gift’ their air points to him and Fergie. After such a hectic weekend a little skiing in the alps is in order, closely followed by a trip with Pippa Middleton to a tropical Island to top up the sun tan.

Fergie has faithfully promised not to ‘put her foot in it,’ she will leave that to Prince Philip and Princess Michael of Kent. There is absolutely no way she will be enticed to grace the cover of next week’s Woman’s Weekly, Hello Magazine or appear on the Oprah Winfrey show…well maybe she could impart some Royal gossip for just a nominal amount of money, may one suggest a couple of million… it helps pay down the overdraft you know!

The footmen at Kensington Palace are guarding all the Royal Loos. Princess’s Beatrice and Eugenie are planning to nick a couple of toilet seats to wear as hats. That would be most inconvenient.  To huge relief, Kate’s mum has kindly offered to dig out two of her old navy-blue bonnets. The kind gesture was ever so politely declined, but according to The Daily Mail, the Princesses are believed to have remarked that having British Airways emblazoned across one’s forehead was considered rather common. Fergie, never wanting to miss out, said she would be frightfully delighted to relieve Carol of one of her hats.

Harry and Camilla are under strict orders not to light a sneaky fag at Windsor Castle. The Queen hasn’t kept up her insurance payments and doesn’t want to risk any more Rembrandt’s and Turner’s going up in flames.  Philip has suggested that Camilla takes Harry out onto Windsor High Street and have a few drags with the local riff raff.

Megan’s busy swotting up on family history and practicing her upper class English accent. She is trying to tone down her Californian drawl, her gushiness and her desire to hug everyone she meets. She could not contain her excitement when she learns that she was not the first American to marry a Windsor. The Queen gave one of her rare, but unmistakable frosty glares and Prince Philip uttered something unrepeatable in German. Megan was rather perplexed, she mustn’t have given this Wallis woman the respect she deserves, she made a mental note that maybe Harry should consider calling their first-born daughter Wallis, that would put a smile on Grannies face.
Fergie’s just shown her true colours. She’s heard Megan’s Pop won’t be attending the wedding and put her hand up to bags the redundant invitation. The vulgar Duchess planned to sell the invite to her pal Steve Bryant (he’s in the pedicure business, you know) Fergie, Andrew and Steve would make a spiffing threesome, and they faithfully promise to ‘toe the line’.

Fergie’s money-making enterprise has been foiled. Rumour has it that Megan’s Pop has covered his recent and unforeseen medical bills by selling his invitation to some trumped up old geezer, goes by the name of Donald, I believe. Donald says he is all good to go, the Missis is in hospital so he is as free as a bird for the weekend and will be able to tweet to his heart’s content.

Prince Phillip’s got wind of the Trump rumour and he is not amused. Like Mr Markle he has started to feel decidedly unwell, he fears his bladder infection has returned and he will be unable to attend the impending nuptials. To Her Majesties horror Phillip is also in a foul mood, he’s discovered that two of the toilet seats are missing from the Buckingham Palace Loos!

Now if you could please excuse me, an urgent online order has just come in from a Mrs. Elizabeth Windsor. Apparently, she needs a whole lot of wool putting on an immediate Fed Ex flight to Balmoral Castle. She says she is cutting her losses and heading up to the Highlands this weekend. If I value my head I’d best do as she says. First things first though, I’ll just text Fergie and let her know there’s another empty seat up for grabs! 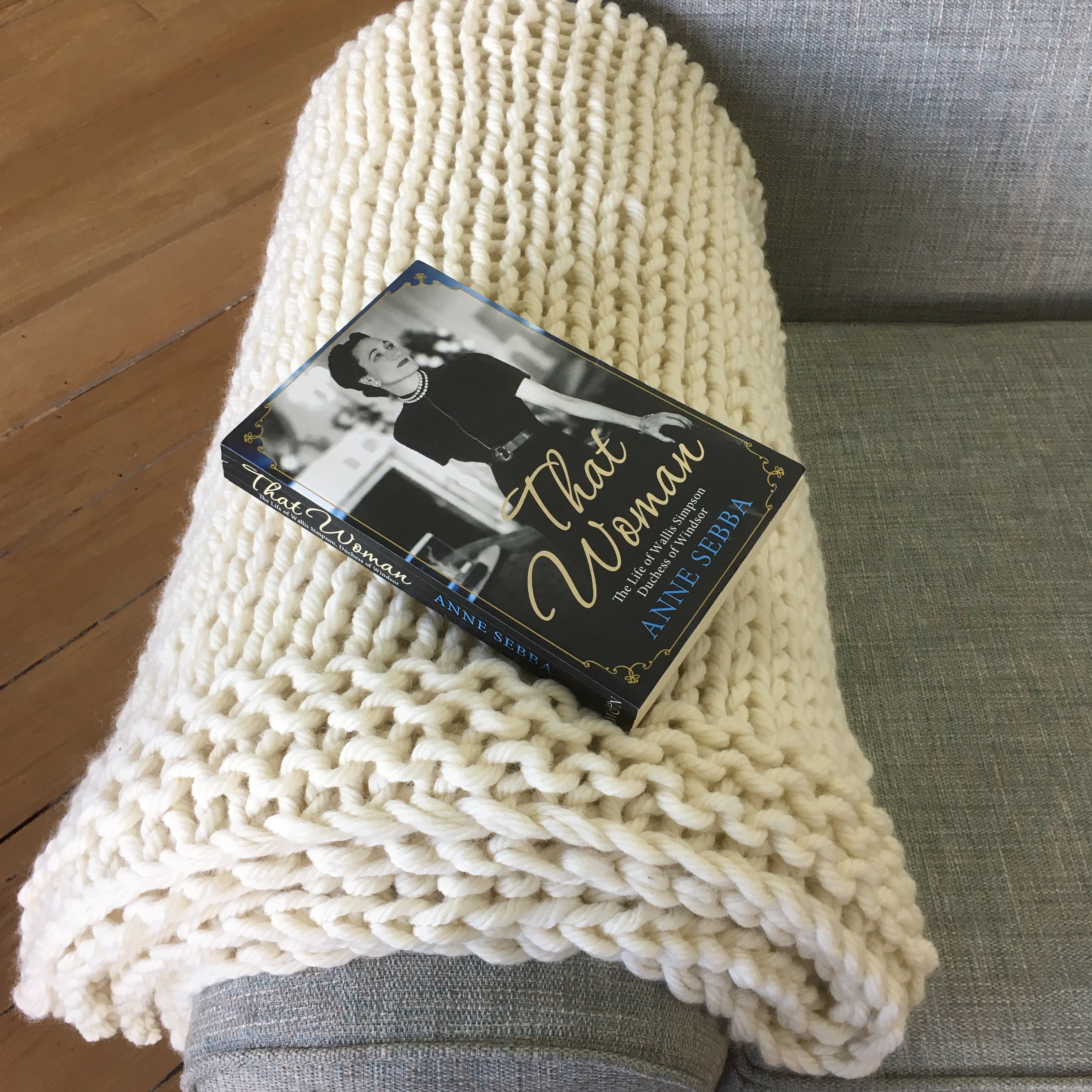 I do feel for Her Majesty, but never one to miss a sales opportunity, my latest design is titled ‘The Balmoral Throw’. Using super chunky wool, this luxurious blanket is cocooning, comforting and cosy, perfect for Queen in a draughty castle, a Corgi in a royal dog basket (that’s a joke) or a humble Kiwi residing in the far reaches of Her Majesties Realm.

Have a peek at the yarn and free pattern Her Majesty has selected.

We'll pop the needles in for free with every order for the yarn and blanket pattern!
May 25, 2018 by Fran Stafford
Share
Older Post Back to News Newer Post